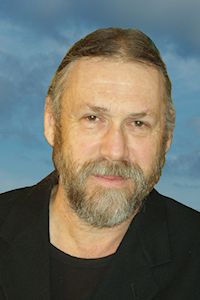 Rote learning and study drills are not a glamorous part of a musical education, but they are indispensable for developing a framework of technical skills strong enough to further a musician’s artistic goals.

The mission of Ahead With Music is to apply the unique strengths of computer software towards aiding the development of rote skills like note reading, which is the focus of our NoteCard software. Neither teacher nor student should have to devote valuable lesson time to fostering a skill that can actually be acquired far more efficiently at the home computer. Just as a fluent knowledge of the alphabet allows young readers to focus on the higher goal of literacy rather than the lower goal of recognizing the letters, so fluency in reading the notes frees the mind to develop musicality.

NoteCard 3.3 is the current release of a Windows software program with a long history. The original NoteCard was implemented not in bits and bytes but on cardboard sheets, with the notes printed on one side and their names on the other. These could be cut up to create decks of musical flash cards.

While working as a piano teacher in the early 1980s, Nick tried out the cards on his beginning students, and saw immediate benefits. The best effect was seen in students who used the cards in short sessions not less than several times a week. They progressed smoothly and rapidly past the hurdle of note-reading, and met less frustration in other musical tasks once that issue had been removed.

The first computer-based version of NoteCard was written soon afterwards, for the Commodore 64. As the hardware scene evolved with the passing years, versions appeared at length for the Amiga and Microsoft Windows. In recent years, NoteCard 2.0 has been available as a freeware download on the FamilyGames.com website. Thousands of beginning musicians have used it to learn their notes efficiently and without fuss. But starting in 2009 with the arrival of Version 3.0, and continuing with the latest release of version 3.3, NoteCard has moved up to a whole new level in terms of interface, features, documentation and support. And, as part of the process, the program has acquired a permanent home here at AheadWithMusic.com. 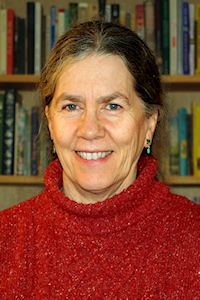 As noted above, the author of NoteCard, and this website, is Nick Sullivan, ARCT, a Canadian writer, editor, musician and software developer. Nick earned his Associateship diploma in piano teaching from Toronto’s Royal Conservatory of Music. Not long afterwards he had piano students of his own, and soon after that a computer, which eventually won. However, during Nick’s few years of teaching piano a seed was planted that has ripened in fits and starts over a quarter of a century, but is just now, we hope, with this site and its software, preparing to flourish.

The other participant in AHA! Software and its modest archipelago of software products and websites is Nick’s wife Susan M. Scott, who has contributed indispensably though without fanfare to many AHA! projects. Susan is one of the few people you are likely to meet who has a joint Honors degree in mathematics and anthropology, so it’s perhaps not surprising to learn that her interests are wide-ranging. With her well-honed writing, editing and design skills, she is now moving into a more visible role as a core member of AHA! Text Services, a brand that embodies the company’s recent initiative to open up its long-standing sidelines in software manuals and other advanced text services to a wider audience.